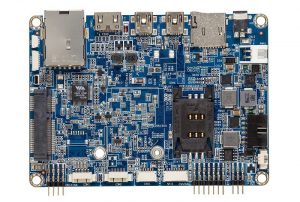 – Wide operating temperature range of 0°C up to 60°C

Based on the ultra-compact Pico-ITX form factor measuring just 10 cm x 7.2 cm, the VIA VAB-600 integrates a low power 800MHz ARM Cortex-A9 SoC and is packed with advanced multimedia features, including a built-in multi-standard decoder for playback support of the most demanding video formats in resolutions of up to 1080p.

The VIA VAB- 600 is designed in an enormous way with multiple ports for using USB and HDMI. Additionally, the touch screen option is available for this springboard and this is purely a height of technological enhancements. Do you agree? It is a spontaneous yes. The development in technology helps the people to produce more software products in a very easy and reliable manner. This is truly amazing.

Combining a wide operating temperature range of 0°C up to 60°C with extremely low power consumption, the VIA VAB-600 is designed to operate in even the most extreme environments. The board also has a one-year warrantee and longevity support of three years.

You can download the following Android and Linux firmware (kernel + bootloader) to configure the VIA VAB-600 as well as associated software development tools.

For complete technical and set up information about the VIA VAB-600, you can download the following documents here:

The VIA VAB-600 can be purchased in the following Springboard kits: